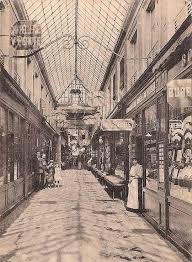 By closely examining Walter Benjamin’s various writings, along with complementary primary texts and critical secondary works, we wish to interrogate the psychoanalytical and spatial contours of identity formation as it has been constructed in the 19th century and beyond. Using interdisciplinary methods (though rooted in cultural history, history of art, psycho-analytical history, and literary criticism), we hope to spend ample time with carefully curated paired readings, enfolding them within their contextual significance as emblematic of intellectual systems of the early 20th century. By the collective interpretation of these texts via a blend of facilitated discussion, co-reading, and close-reading methods, More Aura aims to be an inclusive forum for the appreciation of pleasurable texts. We believe that by incorporating as a Townsend Working Group, we can foster an inter-departmental collective that works against disciplinary circumscription, and in so doing, we aspire to illuminate Walter Benjamin’s writings to their fullest potential. The opportunity to host co-meetings, develop recruitment events, and work towards a collective working papers dossier with other Townsend Working Groups (such as Aesthetics, Authotheory, BTWH, Foundations of Literary Theory and Cultural Criticism, Frankfurt School, Nineteenth Century and Beyond British Cultural Studies, and Qui Parle) seems to us to be an especially generative possibility.