Performing in a Pandemic

Performing in a Pandemic 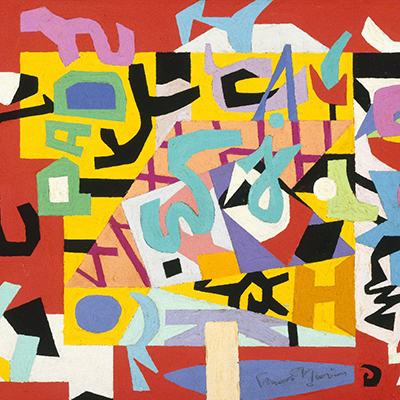 On September 17, 2020, the Townsend Center presented the first discussion in a new series entitled (Re)making Sense: The Humanities and Pandemic Culture. In light of the Covid-19 pandemic and an indefinite shelter-in-place mandate, the series seeks to engage scholars and artists at UC Berkeley in discussing how the humanities are both reshaping and being reshaped by distance learning, remote work, social isolation, and general uncertainty over when life will return to “normal” conditions.

This first event, “Acting Out: Performance and Community in the Post-Community,” brought together two Berkeley faculty members, SanSan Kwan and Myra Melford, and Cal Performance director Jeremy Geffen to offer their perspectives on the impact of Covid-19 on the performing arts. Kwan is a professor of dance in the Theater, Dance, and Performance Studies Department, as well as a professional dancer currently working with the Lenora Lee Dance Company. Melford teaches in the Music Department and is a professional jazz pianist who travels and records extensively as a solo artist and collaborator. Geffen has been the executive and artistic director of Cal Performances, Northern California’s largest performance venue, since April 2019. Last spring, with the introduction of a shelter-in-place mandate and restrictions on large gatherings, each was forced to drastically rethink their projects and practices.

Throughout the discussion, the importance of rethinking, in particular, the audience-artist connection surfaced again and again. Kwan and Melford began by expressing their sadness at the loss of the traditional live audience. As performers, the magic of a live audience, present in a shared space, fuels and inspires their art. Prior to the pandemic, Kwan was rehearsing for an immersive dance piece to be performed outside in San Francisco with a large, close audience. But the dance company must now reevaluate how the piece can capture a similar effect through an online recording. Melford, who said she has never spent so much time in Berkeley since moving to the city, misses traveling and collaborating with other musicians.

Geffen, responsible for the survival of a performance institution and its many employees, is concerned about the loss of a live audience for other reasons. Last spring Cal Performances was forced to issue hundreds of refunds and has no hope of earning back the lost revenue in the current season. A select number of shows originally scheduled for this fall are being recorded and will be available to stream for purchase online. However, these streamed shows, sold at a significantly reduced price, are unlikely to sell as well as live performances. The organization has already laid off 30 employees, at least temporarily, and may reduce its staff even further. In a more practical sense, the disruption of the traditional artist-audience relationship carries heavy financial repercussions as most theaters rely on ticket revenue to stay afloat. Later on in the talk, Melford and Kwan also expressed concerns about the financial difficulties the pandemic has created for performers, especially for young artists still working to establish themselves.

Despite the disappointments and difficulties of navigating a world where people cannot gather, Kwan, Melford, and Geffen have used their extra time — afforded by cancelled performances and shorter commute times — to consider the intimacy between performer and audience in a new way. In the past, performers and audience members would leave their personal space and meet at a third location, typically a theater or auditorium, where it was generally expected that audience members would sit quietly, watching the performer on the stage before them. Now artists invite the audience into their private, personal space by recording performances in their homes, where a familiarity with and connection to the space, as well as the sense of being alone, creates a more relaxed environment. At the same time, people watch these performances in their own homes, where they may be cleaning or talking loudly with family members or doing something else entirely, integrating the artist into their daily lives.

While long-time audience members are viewing their favorite artists in a different way, others are finding their way to the world of performing arts for the first time, as certain material limitations fall away. Many artists have found their audience expanding as their ability to reach new geographic areas increases. Kwan’s dancing can be viewed by someone in a small town on the east coast, an international audience can see Melford perform live online, and Berkeley alumni scattered across the country and globe can stream Cal Performances’ videos at any time of day or night. Financial limitations have also been reduced, as most online content is offered for free or at a greatly reduced price. Students, large families, and others struggling with financial difficulties now have a much greater chance of being able to access performances.

Although artists and fans are finding each other in new spaces and locations, a sense of community among audience members has essentially vanished. As Geffen pointed out, the theater was once a place where strangers connected and bonded over a shared experience. A show provided an easy topic with which to strike up a casual conversation with new people. But in this new environment, social interactions are limited to pre-arranged encounters with friends, family, and colleagues. Theaters have closed their doors specifically to prevent large groups of strangers from congregating. A full house, once the dream of performers, directors, and producers, is now a major public health risk.

For those willing to put in the effort, social media and other online platforms provide a way for strangers to discuss performances and the arts. But for most, this imagined online community is hardly a substitute for the one once found at the theater.

Although Kwan, Melford, and Greffen enthusiastically shared the interesting and exciting new developments in the performing arts, it was clear they long for the days before the pandemic. After several long months they have learned to focus on the positive aspects of this new remote performance culture and make the best of it. Even so, they wait with immense anticipation for this time and all its associated challenges to pass. But before the return to the stage, artists and audience members will continue to discover and create new ways to redefine the performance community.