Race, Religion, and the Post Office: The 2020 Election in Historical Perspective

Race, Religion, and the Post Office: The 2020 Election in Historical Perspective 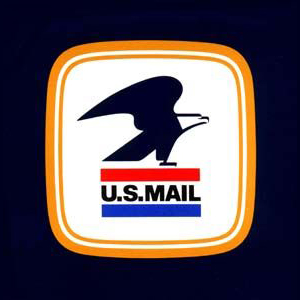 On October 15, 2020, the Berkeley History Department hosted a colloquium that invited three professors who specialize in US History — Waldo Martin, Ronit Stahl, and David Henkin —  to comment on the November Presidential Election through the lens of race, religion, and the post office. As renewed awareness of racial injustice shakes the country, the nomination of a Supreme Court justice raises questions about the separation of church and state, and a global pandemic hinders in-person voting, 2020 seems to be a historically unprecedented year. These professors, however, drew on their understanding of longer trends in US history to show how the present situation has not created but rather magnified the themes taking center stage during this election season.

Waldo Martin, asked to discuss race, began the event by playing Bob Marley’s song “War” (first recorded in 1976). The lyrics of the song open with the declaration, “Until the philosophy / which holds one race superior and another/ inferior/ is finally / and permanently / discredited/ and abandoned / everywhere is war.” These words are drawn from a speech made by the Emperor of Ethiopia, Haile Selassie, before the UN General Assembly in 1963. Although the speech was delivered over 50 years ago, the connection between the song and Martin’s comments on the present situation were quickly apparent.

As an African American who grew up in the South at the end of the Jim Crow Era, and a scholar of race relations in the United States, Martin is intimately familiar with the lengthy struggle to achieve civil rights for all dispossessed and marginalized people. For him, the renewed presence of and attention to white supremacy this election season, along with the current president’s refusal to explicitly condemn white supremacists, is part of a larger historical trend. He called specific attention to the fact that, while white supremacy is a problem created by white people, the struggle against this ideology has largely fallen to people of color.

Martin argued that, this election, all people must renew their commitment to civil rights in order to break from the past. He urged voters to elect those politicians who will protect and extend opportunities to everyone, and to support propositions that seek to empower underrepresented groups. Proposition 16 on the California’s ballot, for example, would reinstitute organizations’ ability to practice affirmative action, which will help the state move forward with a renewed commitment to addressing structural problems of inequality.

Ronit Stahl, next to speak, addressed the topic of religion. The death of Ruth Bader Ginsberg in September 2020 and the subsequent nomination of Amy Coney Barrett to the Supreme Court has inspired discussion and debate about separation of church and state. The Catholic faith of both Barrett and Joe Biden has also led to questions about the relationship between religious and political identity. This type of discourse is not new in the courts or public sphere, as Stahl illustrated by turning to a 1923 Supreme Court case, United States vs. Bhagat Singh Thind.

In 1913, an Indian Sikh, Bhagat Singh Thind, moved to the United States and eventually gained citizenship in Washington State. Shortly after his naturalization, the Immigration and Naturalization Service (INS) cancelled his citizenship. Thind then sought and gained citizenship in Oregon. The attorneys from the INS built up a case to challenge his citizenship that eventually landed before the Supreme Court in 1923. The Court unanimously decided against granting Thind citizenship, partially on the basis that his religion would prevent him from integrating into American society and upholding American values.

Though Stahl did not state a direct connection between this case and her next topic (Barrett’s nomination to the Supreme Court), she suggested that similar rhetoric is echoed by Barrett’s critics, who claim that she will allow her faith to influence her interpretation of the law. But in contrast to Thind’s case, many conservative evangelical Christians who support Barrett for her religious values also criticize Joe Biden for not bringing his faith into public policy, particularly on the issue of abortion. These discussions cannot be ignored, Stahl points out, as some of the most significant voting blocs are conservative evangelical Christians.

David Henkin, who closed the event, spoke about the role of the post office, which has taken center stage this election due to the increased need for mail-in ballots, as people continue to shelter in place during the Covid-19 pandemic. Although debates over the efficiency and competency of the post office, especially in carrying out a democratic election, seem unique to the present situation, Henkin revealed how the partisan conflict over the post office and mail-in voting far predates the current year.

Arguments between the Republican Party and Democratic Party over the post office go back to Richard Nixon’s presidency. In 1970, the USPS replaced the Post Office Department as an independent government agency. Thus began the Republican assault on the USPS as an inefficient bureaucracy. Criticisms were renewed in 2006, after the passage of the Postal Accountability and Enhancement Act of 2006 depleted the USPS’s revenue by requiring it to pre-fund retirees’ health benefits. This costs $5 billion a year and is not required of any other organization, private or public. In the past eleven years, the Post Office has lost $69 billion. Some politicians wonder if it is worth it to keep the government agency alive. The Republican Party’s disdain for the USPS, based on its unprofitability and perceived inefficiency, has been particularly apparent this election as politicians question its ability to ensure secure and timely voting.

But it is not all about revenue and reliability. Henkin believes that part of the aversion to mail-in voting goes back to antebellum ideals of voting. During the first part of the 19th century, the removal of property and wealth requirements for voting allowed all white men, regardless of property or social standing, to participate in elections. Voting became a great symbol of mass democracy and the ritual was celebrated through on-site voting. At this time, voting was a festivity of public life, celebrated with others. Mail-in voting completely eliminates the communal aspect of voting and instead makes voting a private, independent activity. While even on-site voting has changed significantly since the 19th century, Henkin believes this early ideal of voting still influences the perception that mail-in voting fails to symbolize mass democracy.

While 2020 appears to be a historically unprecedented year, the issues and challenges brought up by a global pandemic, race riots, and the recent confirmation of a new Supreme Court justice are not isolated or new. Rather, they have brought to the forefront of political discourse questions and themes with a longer history. The historical narrative that informs these current events can provide explanations, insights, and ways to move forward. In all they had to say, the lasting message of each speaker was the importance of voting, a right for which many people have struggled and, at times, given their lives to uphold.