Rhetoric, Responsibility, and the Backlash against Critical Race Theory

Rhetoric, Responsibility, and the Backlash against Critical Race Theory 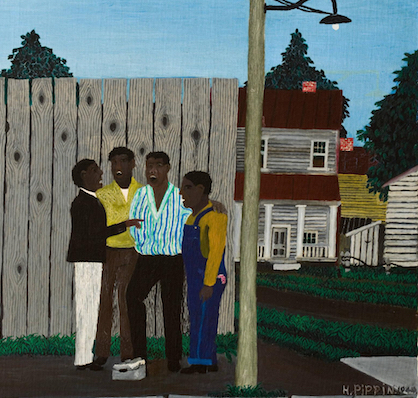 Dominating the zeitgeist since 2015, “cancel culture” is an exceptionally polarizing phenomenon. Surprisingly, critics across the political spectrum reproach the “mob mentality” of this mode of expression. But whereas reproval on the right derives from the threats that cancel culture poses to social order, left-leaning criticism is concerned with the efficacy of threats as such: without accompanying material change, leftist critics contend, social outcry and censure are merely rhetorical gestures.

In that vein, the panel discussion on October 7, 2021, entitled “Canceling Critical Race Theory and the ‘Woke’ Agenda: Mapping Racist Backlash Attacks,” began quite boldly. Russell Robinson, the Walter Perry Johnson Professor of Law at Berkeley Law and the faculty director of the Center on Race, Sexuality and Culture, initiated the discussion by turning a critical eye to the repercussions of cancel culture — or, rather, to the absence of repercussions. Mentioning once-popular figures who were publicly chastised, Robinson set the tone for the webinar by reminding the virtual audience that actor Kevin Spacey, who was charged with felony sexual assault, is estimated to be worth $100 million and is slated to star in an upcoming film. Similarly, J. K. Rowling’s book sales rose 11% following her criticism of trans activism in June 2020, and her net worth remains an estimated $1.2 billion. In paying such close attention to the financial success of Spacey and Rowling, as well as other prominent “canceled” figures like Morgan Wallen, Piers Morgan, and Johnny Depp, Robinson implicitly introduced a pivotal question that set the tone for the rest of the discussion: how do we measure accountability? Public outrage over bigoted and sometimes criminal behavior is certainly palpable, but the aformentioned figures prove that such castigation doesn’t always confer responsibility.

Robinson then pivoted to a rhetorical analysis of the Black Lives Matter movement following the murder of George Floyd in May 2020. The movement was quickly met with backlash founded in the assertion that antiracist outrage had gone “too far”; the focus shifted from rebuking racism to rebuking “woke-ism.” As an extension of the fallout over the Black Lives Matter protests, critical race theory began to garner the scrutiny of right wing politicians who stridently denounced the 2020 protests as “excessive.”

Turning to the panelists, Robinson kicked off the discussion by asking the featured speakers to give a definition of critical race theory. Khiara M. Bridges, a professor of law at Berkeley, began with the legal definition, describing critical race theory as an analysis of “the relationship between the law and racial inequality.” Acknowledging that a topical understanding of this theory exists outside legal contexts, Bridges amended her definition to include “any interrogation into the role law plays in reaffirming and reinstituting the racial hierarchies that are so obvious in our country today.” Building off of Bridges’s description, Ian Haney Lopez, the Chief Justice Earl Warren Professor of Public Law at Berkeley, added that critical race theory understands race as a source of interpersonal conflict whose policy measures are decidedly non-partisan.

The panelists proceeded to offer profound insights about structural inequality in the broader context. Prompted by Robinson’s asking why critical race theory has become the subject of vitriol on the right, panelists SA Smythe, an assistant professor of African American Studies at UCLA, and Devon Carbado, the Honorable Harry Pregerson Professor of Law at UCLA Law, delved into the ontology of structural oppression. Smythe responded to this complex question by drawing a comparison between racism and capitalism, explaining that the two exhibit a mutual reliance on each other in their goal of preserving the elite. Historically, institutionalized racism and western capitalism emerged simultaneously and interdependently: chattel slavery was constitutive of both. The preservation of both structures remains crucial to concentrating power among a handful of wealthy white elites. Critical race theory, Smythe explained, receives so much scrutiny because it is entrenched in broader structures of power, such that the mitigation of structural racism would elicit a drastic shift in wealth.

Carbado further emphasized how structural racism persists through the subversive power of naming. Indeed, the very definition of racism put forward by critical race theorists — that it is a facet of institutions designed to protect the elite — threatens those in power. Even as naming is ultimately unthreatening unless it leads to action, rhetoric is still significant in terms of educating the public. In other words, when politicians or other public figures describe racism or inequality as institutional, that designation is significant and consequential. The more the public understands the relationship between law and injustice, the more capable they are of taking progressive action. Adding onto Carbado’s remarks, Bridges explained that critical race theory is considered threatening by right-wing groups like the Manhattan Institute and the Heritage Foundation because of the kind of understanding it offers: by drawing attention to the ways that racism is cultivated and systemically entrenched, critical race theory requires its proponents to act. But if members of those groups are able to dismiss and delegitimize the Black Lives Matter protests and critical race theory, they can shirk the responsibility of ceding power.

As wide ranging as their discussion was, the panelists continually circled back to cancel culture. “Cancel culture” has been wielded as an epithet for a contemporary cultural reckoning with injustice. However, Bridges drew a crucial distinction between cancel culture and the act of canceling. The praxis of cancel culture involves public denunciations and expressed solidarity with victims, whereas canceling a public figure or institution is a withdrawal of one’s support. The former is a public statement, effective nominally or only temporarily; the latter is an act of agency that uses the power of commerce and attention — like refusing to see a new Spacey movie or unfollowing Rowling on Twitter — in support of one’s beliefs. The continued financial success of these figures indicates that while they were victims of cancel culture, they weren’t canceled.

To measure accountability, the panelists proposed that we follow the money. Public figures will only truly face the consequences of their actions when their income and wealth are affected. It follows that structural racism can be dismantled only when power, as conferred by money, is relinquished by wealthy white elites. In only an hour and a half, panelists imparted a deep understanding of power structures as well as an important differentiation between rhetoric and responsibility. Critical race theory is not threatening because it seeks to understand the relationship between law and inequality; it is threatening because the articulation of entrenched, structural racism requires those who benefit from such institutions to surrender their economic power. Amending structural inequalities requires more than the notional gestures of cancel culture: it requires canceling. Resisting partisan criticism to critical race theory by launching reliatory rebukes on Twitter and other social media platforms can quickly become irrelevant as news cycles evolve. Rather, harnessing consumer power adapts belief into action. Though it may require some concessions and adjustments, for those without a law degree or political influence, the coercive power of capital can be the key to turning critical race theory — or any system of beliefs — into practice.