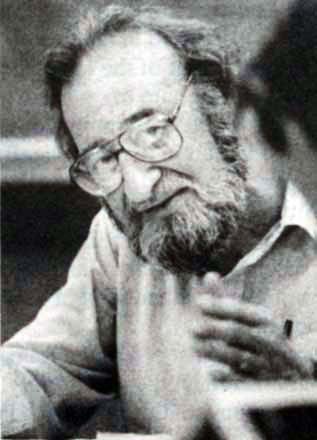 The Norman Jacobson Memorial Teaching Award honors the legacy of Professor Norman Jacobson (1922-2007), whose teaching career at Berkeley spans 56 years. Over the span of his career, Professor Jacobson called upon generations of students to reach beyond their own assumed capacities in order to grapple with the largest questions of what it means to be a human being, to learn what it is to take part in creating a humane society, and to apply that knowledge in their chosen fields.

Norman Jacobson was renowned for his courses on American political theory and the history of political thought, dealing with such thinkers as Fyodor Dostoevsky, Sigmund Freud and George Orwell. Upon Professor Jacobson’s death in September, 2007, Paul Pierson, chair of UC Berkeley's Charles and Louise Travers Department of Political Science, said, "Norman Jacobson wore so many hats, so well, over such a long period that it is impossible to do justice to his contributions to the Political Science department and the University. His good humor, boundless curiosity and commitment will be greatly missed by faculty and staff— as they will by the generations of students who profited so much from working with him."

Professor Jacobson’s family, friends and colleagues have honored his distinguished service to the University of California, Berkeley, by establishing The Professor Norman Jacobson Memorial Teaching Award for the Townsend Fellows Program. The award is meant to underscore the University’s commitment to the importance of teaching in the humanities and social sciences by providing one extraordinary graduate student fellow with funds to support innovative teaching and related interdisciplinary work while participating in the regular activities of the Townsend Fellows.