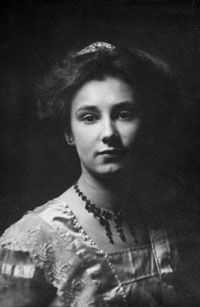 Una’s Lectures were endowed by Mr. Edward Hunter Ross of Princeton, New Jersey, in honor of his late wife, Una Smith Ross. Una’s gift was established in keeping with her wishes as an endowment for “inviting distinguished scholars in the field of the humanities to Berkeley for the purpose of delivering one or more lectures, meeting with faculty and students in their fields of study, and conducting or participating in seminars, colloquia, or other such activities as the University may deem beneficial to the advancement of scholarship.”

“Universities have a basic obligation to develop the intellects committed to their guidance. Deeper understanding of human beings and their achievements can contribute to this as can fresh interpretations of the motives of ancient heroes and villains, keener analysis of accepted tenets and dogmas, reawakened appreciation for ignored and forgotten forms of beauty, and regrouping of old facts to reach new conclusions. Una had some such thoughts in mind that she remarked that an educated man is one ‘who knows some things that don’t help him in making his living.’ I hope Una’s Lectures will aim not at providing practical advice or at improving the world, but rather at opening the individual mind.” ~ Edward Hunter Ross

The Una’s Lectures have been administered by the Townsend Center since 1987.