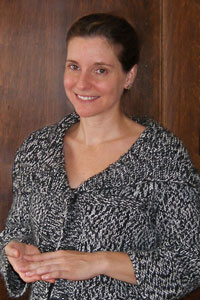 Vanessa Davies is a Mellon Postdoctoral Fellow and a Visiting Assistant Professor in the Department of Near Eastern Studies at Berkeley. Her research focuses on the epigraphy and art of pharaonic Egypt. She received her Ph.D. in Near Eastern Languages and Civilizations from the University of Chicago in 2010. Her dissertation, The Dynamics of 'Hetep' in Ancient Egypt, examined the use of the word hetep in monumental texts over three millennia. This word encompasses the ideas of “rest” after death, “offerings” given to deities and the dead, “contentment” in interpersonal relationships, and political “peace.” She is currently revising this study that considers the roles and responsibilities of the individual within ancient Egyptian society. Beginning in January 2013, Dr. Davies will teach courses at Berkeley focused on the culture, history, language, and art of ancient Egypt. In the fall semester 2012, she will be a Distinguished Guest Fellow of the Notre Dame Institute for Advanced Study.