Geoengineering Our Way Out of Extinction

Geoengineering Our Way Out of Extinction 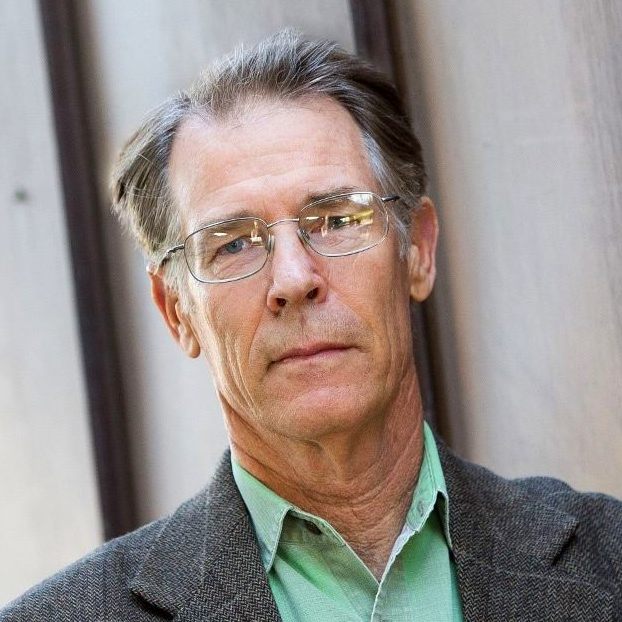 Every Monday night, BAMPFA presents a talk as part of the Art+Design Series. On October 29th, in partnership with the Department of Architecture and the Center for New Media, BAMPFA hosted science fiction writer Kim Stanley Robinson to address “The Good Anthropocene: Terraforming the Earth.”

During his introduction, Andrew Atwood, the organizer of the event and assistant professor in the Department of Architecture, described California as one of the most science fiction-esque places on earth given its numerous man-made landscapes, astounding technological developments, and the various science fiction films created on its soil. California serves as inspiration for the work of Kim Stanley Robinson, a native of the state and an award-winning science fiction writer best known for his Mars trilogy about the terraforming and settlement of Mars.

Robinson treats science fiction not as an escape from reality but as a way to explore the future. This exploration has led him to believe that transforming a planet to resemble earth to make it habitable for human life — a practice known as terraforming — is the key to saving the planet from the environmental issues that threaten to make it unlivable in coming decades.

Robinson began his talk with a discussion of the historical tool of “periodization,” the attempt to make sense of trends in history by breaking the past into blocks of time by descriptive abstractions. Though he began with a discussion of the move from industrialism to modernism to post-modernism, seemingly to address the debate over when the anthropocene, which he calls “an exercise in periodization,” began, he ultimately glosses over when the period of the anthropocene began. Even as he discussed developments connected to the anthropocene, such as the growth of capitalism and globalization, the “Green Revolution,” and the discovery of climate change, he never pinpointed when he believes man’s relationship with the biosphere fundamentally changed. Throughout the talk, he discussed the anthropocene both as an event which has already occurred and a period that has not fully emerged.

The anthropocene is a loaded term, yet despite its centrality to Robinson’s talk, he did not necessarily define the term or address the implications of leaving such a charged term largely undefined. Instead, he left the anthropocene at its most basic definition: the period that began when humans became the major driving force of the environment. At a certain point in history (the specific point is highly debated but sometimes credited to the Industrial Revolution of the 19th century), human activity began to change the environment and climate more than any other influential factor. This shift moved the earth into the geological epoch of the anthropocene.

After his discussion of periodization and the history that has brought us to this point, Robinson turned to the future, or the rather, the possible future. He asserts, as many scientists predict, that if the human race continues with its  destructive relationship to the biosphere — a relationship in which high carbon emission rates coupled with deforestation continually attack the ozone layer and severely alter the temperature of the earth — it will lead to the sixth mass extinction in the history of earth. From the vantage point of the sixth mass extinction, Robinson defined the break between the bad anthropocene and the good anthropocene.

While the bad anthropocene, toward which the world seems to be heading, will result in mass extinction, the good anthropocene will cancel this mass extinction as humans change the trajectory of the environment. Robinson defined the bad anthropocene by its end result: destruction of the earth or at least most of the life on its surface. He touched only briefly on the irreversible damage human impact has already inflicted upon the environment. In his move to discussing the “good anthropocene,” Robinson argued there is still time to correct our human relationship with the environment and transform our impact on the environment not only into something non-destructive but beneficial. He first described that this good anthropocene will be defined by adequate living conditions for all living creatures (e.g. humans, wild animals, and plants alike), and a planet that can sustain at least 10 billion people.

He then laid out the changes needed to move into this good anthropocene, including the terraforming of the earth that must occur so that the planet can remain habitable. He focused on switching away from fossil fuels to renewable energy sources, which is possible within the next 20 years with sufficient government funding and support. He further argued that agriculture needs a second Green Revolution to correct the mistakes of the first Green Revolution. The Green Revolution was period in agriculture in the 1950s and 60s marked by high use of fossil fuels and pesticides. While this led to large yields and cheap foods, it was an unsustainable method of farming that severely damaged the environment. The second Green Revolution envisioned by Robinson would remove or limit the use of fossil fuels and pesticides to create green, sustainable, re-genitive agriculture that pulls carbon into the soil.

In addition to these environmental changes, Robinson believed social justice will go hand-in-hand with creating a better relationship with the biosphere. The expansion of women’s rights will naturally lead to lower birth rates, naturally reducing individual impact on the environment. Poverty reduction will also remove a burden on the ecosystem as the most impoverished who are forced to do whatever it takes to survive, have become, along with consumer-heavy social elites, the heaviest weight on topsoil.

Nevertheless, many would argue that the fight to create the “good anthropocene” is much like a science fiction novel. The world is hurtling towards what could become a mass extinction and only an immense use of geoengineering techniques to terraform the earth could correct the environment so that earth may resemble what it once was. But even if massive efforts could prevent something as catastrophic as extinction, the bad anthropocene has already destroyed entire islands in the Pacific ocean and killed numerous species of animals that can never return, something Robinson briefly acknowledged during the Q&A section but did not acknowledge in his discussion of the bad and good anthropocene.

Ultimately, Robinson did attempt to provide an optimistic plan forward and used his background in science fiction, a genre that imagines the ways other planets can be terraformed to sustain life, to explain potential human roles in creating another future. He presented a new take on the anthropocene, which, given how it has set humanity and other forms of life on a course for extinction, is typically described only in negative terms.