Ways of Reading Into the Holloway Series

Ways of Reading Into the Holloway Series 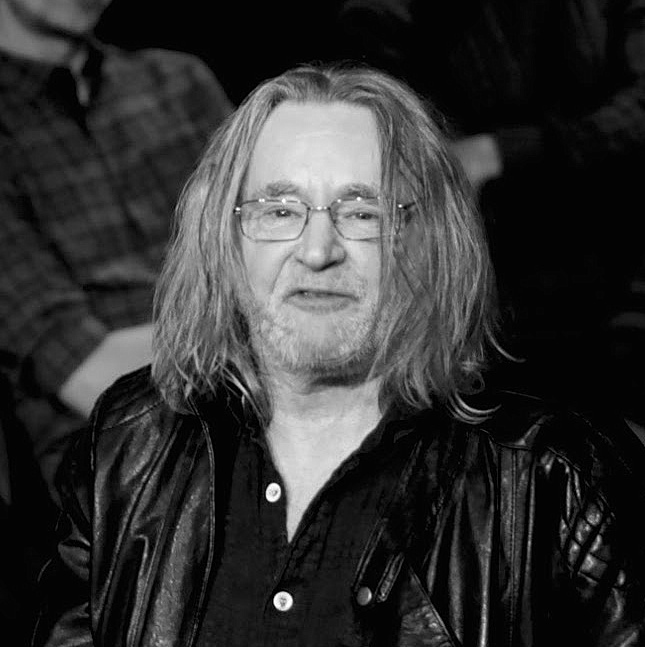 The Holloway Series in Poetry is an English Department-sponsored poetry reading series on campus. Each semester, the department invites 3-4 well-known contemporary poets to read from  their works. The featured poet is often joined by a graduate student poet with similar or complementary work who introduces the poet and shares their own poetry. For years, the program has strived to foster a tradition of poetry on campus by exposing students, faculty, and members of the community to the works of established or rising contemporary poets, and by providing graduate students with a unique opportunity to share their work and engage with professional poets.

The final event of the semester, held October 16th in the Maude Fife Room of Wheeler Hall, showcased the work of Tom Pickard, a very influential British poet, and graduate student Leo Dunsker. Pickard has a long history of organizing and participating in poetry readings. In 1963, he ran the Morden Tower Book Room, where he organized readings by British and American poets including Robert Creeley, Basil Bunting, and Allen Ginsberg, with whom he established a lasting friendship. Dunsker, a doctoral student focusing on contemporary poetics, is the former editor of Icarus Magazine, which has helped him foster relationships with a diverse range of poets.

Leo Dunsker read first. His poems were short, usually only a few lines, but packed with irony, subtle nuances, and provocative statements. Because of their ambiguous endings, the poems never quite seemed finished, but the longing and dissatisfaction felt every few moments only engaged listeners to clingever tighter to the words.

Jessica Laser, the English student who introduced Dunsker, shared an anecdote she felt captured what makes Dunsker such a great poet. Philosopher Theodor Adorno once wrote, “Sociability itself connives at injustice by pretending that in this chill world we can still talk to each other.” Dunsker had once jokingly suggested to Laser an alternative reading of this line within the context of California culture, where “chill” means “laid back” or “passive,” rather than “hostile” or “unfriendly.” Here, Dunsker demonstrates his ability to see the subtle nuances of language and the way context impacts meaning.

This idea that it is passivity which creates a mockery of sociability and communication stayed with me throughout the event and resonated well with the style of  Pickard’s reading. Pickard, far from being a “chill” observer of the world, creates poignant poetry through his attentiveness to and reflection on life and the world around him. Pickard jumped between various poems, beginning with his newest collection Fiends Fell and also reading from High On the Walls, along with selections from other collections. Before each poem, he often shared an anecdote that led to the poem or discussed the circumstances that had inspired the particular poem, which created an atmosphere of familiarity and openness as well as revealed the insight that informs how Pickard perceives lived experience.

Many of his selections came from an edited version of a journal he kept while living above a cafe for 10 years following the failure of his marriage. One poem was written after he found himself struggling to recall a word. Ironically, the word was “amnesia” and the situation thus gave rise to a poem. Another was composed as a response to an annoying poem he was forced to sit through whilst he needed to use the restroom at a reading in Amsterdam. Though most people forget their dreams or dismiss them, Pickard claims to write poetry in his sleep. He also never stops reflecting on his past work. One of his favorite books to write was in fact a new anthology of his past work. This allowed him to revisit old poems and rewrite them as he now sees fit.

Poetry readings connect people to this unique art form in a new way. The reading becomes a communal experience, as everyone hears the words together at the same pace. It presents a new way to interact with poetry as well. Rather than carefully pouring over and analyzing each individual word and line, listeners absorb the poem once as a whole and can only take away fleeting, initial impressions. The opportunity to hear the poems read by the poet her or himself additionally adds the tone, style, and attitude of the poet toward her or his own work, providing insight into the relationship between writer and the written word. Bringing people together with poets and poetry is a admirable and vital undertaking and the Holloway Series does an excellent job showcasing a variety of engaging and thought-provoking contemporary poets.