Why Berkeley's Comparative Literature PhDs Have the Best Dissertations

Why Berkeley's Comparative Literature PhDs Have the Best Dissertations 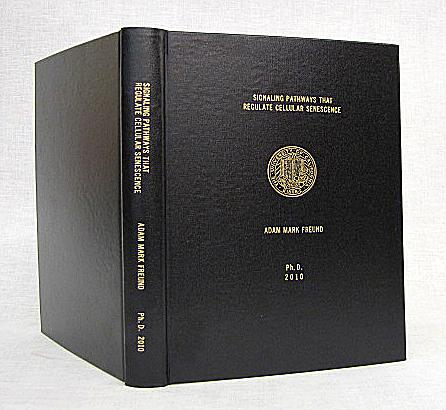 Every year, the American Comparative Literature Association (ACLA) accepts nominations for the best dissertation in Comparative Literature in the country and bestows the winner with the Bernheimer Prize. Berkeley’s Department of Comparative Literature has produced the winner for the past 7 years in a row and 10 of the winners over the past 13 years. I spoke with two winners of the prize, Ramsey McGlazer (2016 winner) and Katie Kadue (2018 winner), to learn about what made their dissertations stand out and what unique aspects of Berkeley’s Department of Comparative Literature helps graduate students regularly produce the best dissertations in the country.
McGlazer (PhD 2015) is currently a lecturer in the Italian Department at Berkeley and was a co-winner for his dissertation "Old Schools: Modernism, Pedagogy, and the Critique of Progress." In the work, he re-examines practices and principles, particularly in education, that have been lost in the march of intellectual progression and explores how they might work or be modified to fit into a modernist approach. What made his dissertation standout was the counter-intuitive argument he puts forth not for the sake of shocking people, but to present a truly different approach to viewing out-dated form of thought.
Kadue (PhD 2017), currently a Harper-Schmidt Fellow in the Society of Fellows and Collegiate Assistant Professor in the Humanities at the University of Chicago, wrote a dissertation entitled “Domestic Georgic from Rabelais to Milton,” which explores mundane domestic labor within intellectual and poetic spheres of a wide variety of early modern English and French literature. She believes her dissertation stood out in particular for its connection to intellectual labor. In the process of seeking to develop a breakthrough or a new literary theory, academics can sometimes lose sight of all that keeps a university functioning, and Kadue sheds new light on the intersection of rustic labor and intellectualism.
McGlazer and Kadue had different takes on what aspects of Berkeley’s Department of Comparative Literature made the difference in developing their dissertations. For McGlazer, the structure of the program and approach to the discipline sets the department apart. PhD students at Berkeley take their qualifying exams later than at most universities, which means they complete more coursework. This additional coursework exposed McGlazer to fields beyond his speciality and allowed him to engage with works and perspectives he might not have otherwise. The department also places great emphasis on close reading in multiple languages, a key aspect of comparative literature that has fallen out of favor at many other universities.
For Kadue, the faculty made a tremendous difference. They assisted her with writing the dissertation she wanted to write, not the dissertation they desired or thought the field would want. There was also a lot of flexibility to change ideas or play with new ones. One professor in the department likened the dissertation to a fantasy or mystery novel, as a process that grows and morphs and may lead one down unexpected paths. The support of the professors and their openness with developing the dissertation relieved a lot of pressure and made the process more exciting. McGlazer also considers the faculty to be a major part of what makes the department so successful. He views faculty members as intellectual role models. One of the members of his dissertation committee, Judith Butler, continues to be a guiding light for him at Berkeley. He was also grateful to have worked with professors from many fields as, like the coursework he was required to take outside of his specialty, the interactions exposed him to many new perspectives.
The professors are not the only ones supporting the students, however. Kadue said one of the greatest honors of winning the award was being ranked with all the other Berkeley students who have won, especially McGlazer. Kadue and McGlazer were close friends during their time together in the Department of Comparative Literature, exchanging work and sharing ideas through the whole process, and both are very happy to have won the same award.
As great an honor as the award is, however, it does not exempt the winners from the challenges of the academic job market. Kadue, who completed her PhD almost a year and a half ago, is enjoying a four-year fellowship and hopes that the award will help her as she begins applying to jobs again this year. McGlazer, who has been out of graduate school for several years, is still seeking that coveted tenure-track position in an intensely fierce job market. McGlazer expressed frustration that the field of comparative literature bestows graduates with accolades such these and then fails to offer sufficient positions for people to continue the work for which they were praised. New doctoral graduates from all fields, but especially those in the humanities, face some of the toughest job competition for any profession. Universities must do more to ensure that their graduates have a place to continue the work they started as graduate students. But the prize did help McGlazer form a valuable connection with a judge on the committee who brought his dissertation to the publishers. It will be released in book form in 2019 under the title “After School: Modernism, Pedagogy, and the Critique of Progress.”
Winning the Bernheimer Prize is a tremendous accomplishment and the many students who have won show what amazing work the Department of Comparative Literature at Berkeley puts forth.