Critical Prison Studies in an Age of Mass Incarceration

Critical Prison Studies in an Age of Mass Incarceration 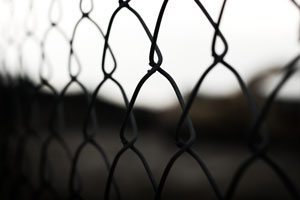 While the forms, functions, and effects of carceral institutions have long and complex genealogies within Euro-American modernity, their exponential growth, intensification, and reach in the United States in the last thirty years is palpable and profound. With just over five percent of the world’s population, the United States currently cages nearly a quarter of the world’s prisoners. Over two million people are currently incarcerated—an increase of some 700% since the 1970s. One in 100 adults, including 1 in 9 black men aged 20 to 34, is currently in prison, and over two-thirds of the prison population are people of color. On the inside, prisons are routinely accused of gross human rights violations—from massive overcrowding to indefinite periods of solitary confinement, from pervasive sexual violence to dreadfully inadequate medical care. On the outside, over seven million ex-imprisoned people, their family members, friends, or employers, are directly affected by a web of carceral institutions that impact access to housing, education, employment, and democratic participation.

The Strategic Working Group on Critical Prison Studies in an Age of Mass Incarceration gathered a diverse group of scholars to catalyze precisely such an inquiry at UC Berkeley. The group asked a variety of foundational questions: How do we understand the historical and juridical relationship between carcerality and conceptions of human being? How does carcerality inform concepts of time, place, and space? How does it shape liberal democracy’s formative distinctions (public/private, freedom/enslavement, liberty/security, citizen/alien, peace/war)? How do carceral regimes circulate across local, regional, national, and global sites and scales? What are the formal, affective, and aesthetic contours of representations of and knowledge about carceral life?