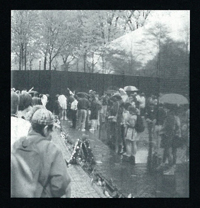 Grounds for Remembering contains the transcribed proceedings of the symposium on mourning, memory, and the meaning of monuments in the modern period. The symposium was organized by the Townsend Center to celebrate the Avenali Lecture of architect and sculptor Maya Lin on the Berkeley campus, and to engage Lin, as well as faculty from Architecture, History, and English, in a consideration of how human communities seek through built form both to compensate for loss and to understand their history.

Lin, designer of the Vietnam Veterans Memorial and the Civil Rights Memorial, draws on her own experience, particularly her work in designing the Vietnam Veterans Memorial, in discussing the artistic and technical issues of building a major national monument. She describes the context within which she originally created the design and the political issues that surrounded her involvement in its construction.

Andrew Barshay, historian of modern Japan, discusses the Yasukune Shrine in Japan, a site where heroes fallen in battle are enshrined and made a part of state worship. Barshay considers Yasukune, along with the more recent monuments at Hiroshima and Nagasaki, in order to illustrate the highly political and unstable nature of public spaces dedicated to patriotic mourning.

Renaissance scholar Stephen Greenblatt speaks to the issue of monumentality in Anglo-European culture in the modern period. He contends that our suspicion of monuments is constantly at odds with our desire to see some sign that we are not alone in the world or history. His discussion ranges from the master architects of Milton’s Paradise Lost to the simplest of monuments.

Historian Thomas Laqueur looks to predecessors of the Vietnam Memorial and illustrates the important function of naming each fallen soldier in the memorials that line the WWI battle front: Thiepval, Menin Gate, Aubervilles, and many more. His contribution also stresses the importance of the political battles that typically surrounded the construction and design of such memorials.

Architect Stanley Saitowitz, designer of the New England Holocaust Memorial in Boston, Massachusetts, discusses the inspiration and design of this monument, as well as some of his public installations in Manhattan and San Francisco. He considers more generally the role of public architecture and its potential for creating new urban spaces that can provide continuity and community in the modern city.

Please note: this volume is no longer available for purchase. 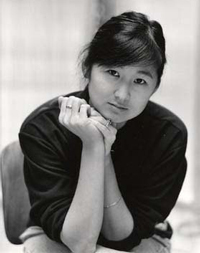