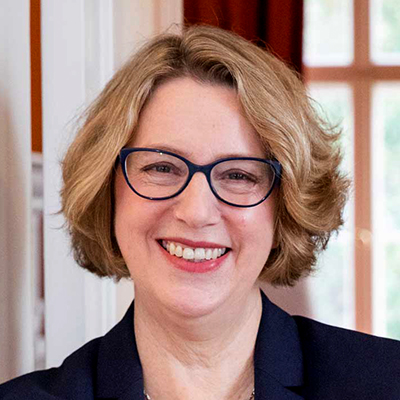 This event is both in-person (315 Wheeler Hall) and online. It will not be recorded for later viewing. Registration/tickets are not required to attend.

Amanda Anderson, Andrew W. Mellon Professor of Humanities and English and director of the Cogut Institute for the Humanities at Brown University, is the 2021-22 Una’s Lecturer. She is a literary scholar and theorist who has written on 19th- and 20th-century literature and culture as well as on contemporary debates in the humanities.

Prior to joining the Brown faculty in 2012, Anderson was the Caroline Donovan Professor of English Literature at Johns Hopkins University. From 2008 to 2014 she served as director of the School of Criticism and Theory at Cornell University.

Anderson’s books include The Way We Argue Now: A Study in the Cultures of Theory; Bleak Liberalism; Psyche and Ethos: Moral Life After Psychology; The Powers of Distance: Cosmopolitanism and the Cultivation of Detachment; and Tainted Souls and Painted Faces: The Rhetoric of Fallenness in Victorian Culture. She is coauthor, with Rita Felski and Toril Moi, of Character: Three Inquiries in Literary Studies.

In her Una’s Lecture, Anderson explores the concept of rumination, a form of thinking that operates in slow time, out of sync with the accelerated dimensions of contemporary life. Some of the most influential frameworks for understanding human thought — psychology, moral and political philosophy, cognitive science — have tended to view rumination as unproductive, circular, and ultimately unhealthy. Anderson offers a new understanding of rumination as a specific form of thinking central to the moral life. She examines the value of slow, persistent ruminative processes in response to experiences of moral shock such as loss, grief, regret, and injury.

Through a reading of selected novels from the 18th through the 21st centuries, Anderson draws upon the literary tradition to probe the complexity and significance of rumination as a productive moral process. Her integrative approach aims to bring the slow time of literary rumination into dialogue with cognitive science (with its conception of fast and slow thinking), moral philosophy (which emphasizes choice, decision, and action), psychology (with its extensive literature on trauma), and political philosophy (whose key terms are judgment and deliberation).

This event is both in-person and online. It will not be recorded for later viewing.

The event is free and open to the public. No registration is required.

A face covering is required in indoor spaces at all times in accordance with City and University policies.

If you require accommodation to participate in this event or information about mobility access, please contact Eric Kotila at townsendcenter@berkeley.edu at least 7 days in advance of the scheduled date.