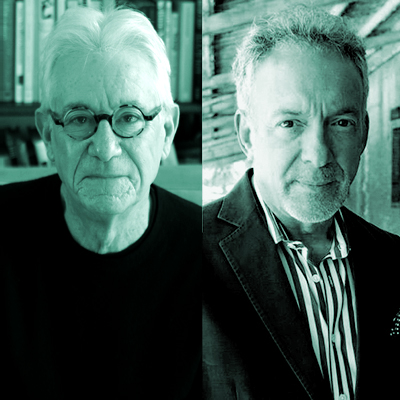 Greil Marcus is a music journalist and cultural critic. He became Rolling Stone’s first record review editor in 1969 and went on to serve as their book columnist and contributing editor. His books include When That Rough God Goes Riding: Listening to Van Morrison.

Steve Wasserman is publisher and executive director of Heyday Books. He was formerly the books editor for the Los Angeles Times and editor-at-large for Yale University Press.

Both are UC Berkeley graduates and met on campus in 1971. In a public conversation about friendship through book writing, they discuss their long intellectual collaboration, which spans forty-six years and has produced three books.

Sponsored by Art of Writing and the Townsend Center for the Humanities.