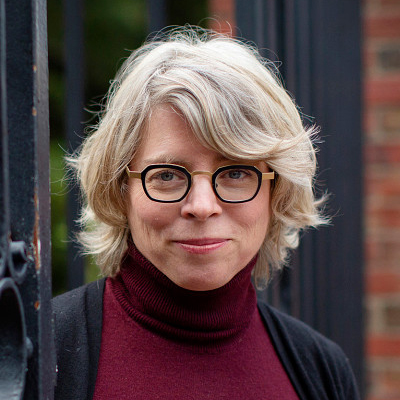 Historian Jill Lepore is the 2019-20 Avenali Chair in the Humanities. She is the David Woods Kemper ’41 Professor of American History at Harvard University and a staff writer at the New Yorker.

Lepore won the prestigious Bancroft Prize for her first book, The Name of War: King Philip's War and the Origins of American Identity, and “has been virtually unstoppable ever since,” writes Daniel Immerwahr in the Nation. “Her colleagues in Harvard’s history department have written an average of three scholarly books apiece; she has written eleven. She’s also cofounded a journal, coauthored a novel, and served on the staff of the New Yorker, for which she has written more than 100 pieces on topics ranging from Frankenstein to management theory."

Lepore is an engaging storyteller with a particular interest in absences and forgotten debates in the historical record. In The Secret History of Wonder Woman, she unearths the influence of feminism and the early suffragist movement on the creation of the female superhero. In These Truths — a magisterial account of American history from the 16th to the 21st century, named one of the top ten nonfiction books of the decade by Time magazine — she exposes the significance of slavery by tracing it to the very heart of American history and identity.

Lepore’s current work explores the history of privacy, secrecy, and evidence. A forthcoming book examines the Simulmatics Corporation, a data science firm contracted by the Department of Defense to conduct confidential research during the Vietnam War and whose findings became part of the top-secret Pentagon Papers.

In her Avenali Lecture, “The End of Knowledge: From Facts to Data,” Lepore traces the shifting form and purpose of elemental units of knowledge. Situating the current crisis over the “death of the fact” within a long historical arc, she argues that facts were replaced by numbers which have since been replaced by data — with consequences not only for how we know what we know, but for how we form (or dismantle) political communities.

During her visit to Berkeley, Lepore also participates in a conversation with UC Berkeley history professor Cathryn Carson on Thursday, Feb 20, at 5 pm, in the Townsend Center’s Geballe Room, 220 Stephens Hall. 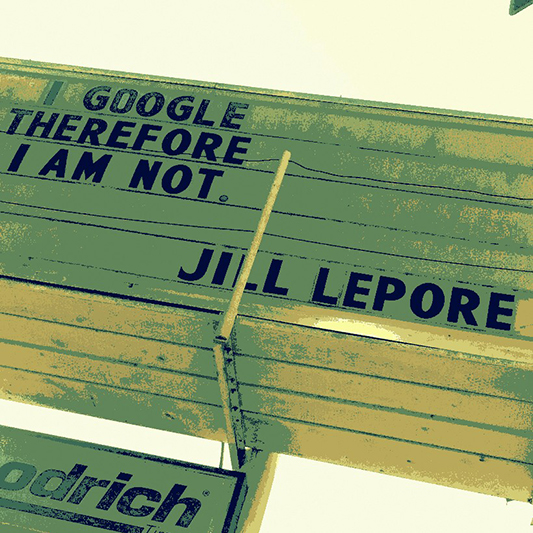