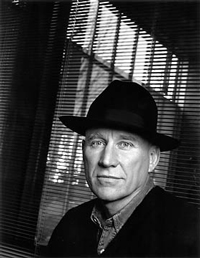 Trained as an economist, with degrees from the University of São Paulo, Vanderbilt University and the University of Paris, Brazilian-born photographer Sebastião Salgado turned to photojournalism only in 1973. Even as a photojournalist covering news events, Salgado was drawn to in-depth documentary projects with broad human scope. In Other Americas (1986), he explored peasant cultures and the cultural resistance of Indians and their descendants in Mexico and Brazil; in Sahel: Man in Distress (1986), he drew on his work in the drought-stricken Sahel region of Africa with the French aid group Doctor’s Without Borders; in Workers (1993), he documented manual laborers facing displacement with the advent of modern technologies and machines; and in Terra: Struggle of the Landless (1997), he captured the efforts of Brazilian natives fighting to reclaim their land.

A member of Magnum Photos from 1979-1994, Salgado is twice the recipient of the Infinity Award for Photojournalism from the International Center of Photography.